The Verge – Recent leaks suggest that Facebook may soon be rolling back the forced use of a separate Messenger app by reintegrating the service in Facebook’s main app. The feature, which is currently in testing, would take users to a “chats” section of Facebook proper that would solely show messages rather than the additional features that exist within Messenger. No timeline has been declared for a larger rollout of this change and it is unlikely the standalone Messenger app is going away. These changes are assumed to be part of Facebook’s eventual plan to combine their various messaging platforms. (Full Story) 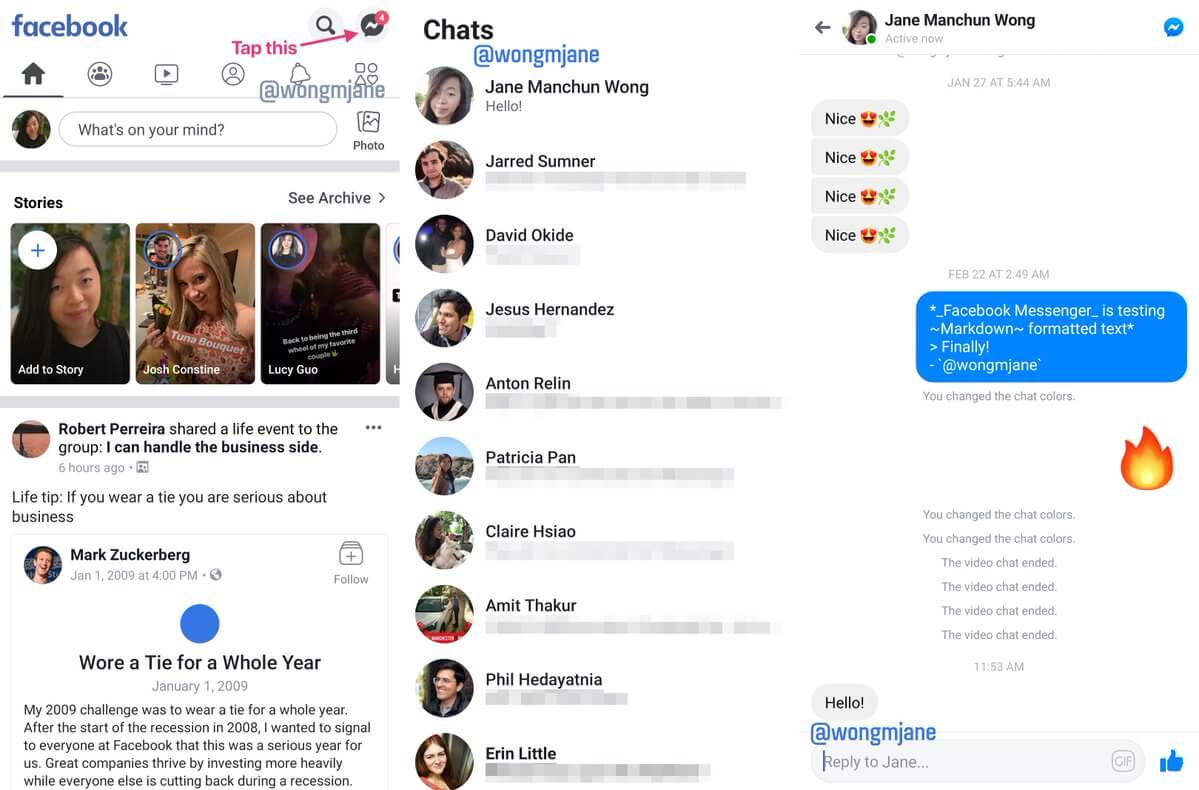 Wired – Facebook has rolled out yet another series of updates to help prevent the spread of fake news. The first feature to be released globally is called “Click-Gap,” which will be used by Facebook to measure when sites are disproportionately popular on Facebook compared to the rest of the web. Sites that are receiving an overwhelming majority of their traffic from other sources may be ranked lower by the Facebook news feed, limiting their reach. Facebook will also crack down on toxic groups by evaluating moderators and their content strikes when considering whether a group should be taken down. Lastly with this round, Facebook will make additional enhancements to its community standards. (Full Story)

TechCrunch – A recent Instagram bug resulted in some user’s Stories trays showing Stories from people they were not following. Fortunately, if a user’s account was set to private, their content would not be displayed to strangers despite the bug. This was ultimately a small concern and one that was fixed quickly by Instagram once it had been brought to their attention, however it has still prompted conversations about how Instagram’s parent company Facebook continues to face issues regarding user privacy. (Full Story)

Mashable – Instagram is taking new steps to limit the reach of content it deems “inappropriate.” While content that violates Instagram rules can be removed from the platform, “low-quality” and “non-recommendable” items may see reach relegated only to the people who follow them. These types of posts will not be shown in the Explore section of Instagram or on any hashtag pages. Posts that fit the descriptions of spam, violence, graphic or sexually suggestive could all see lower reach as a result of this change. (Full Story)

TechCrunch – Twitter has introduced a policy change that drops the number of accounts a user can follow each day from 1,000 to 400. The reason behind the change is to cut down on spammers who follow and unfollow just for the sake of growing their network. The change is unlikely to affect most users, but should cut down on some levels of spam. Certain apps have previously lost access to Twitter’s APIs for allowing excessive following in a spammy manner, and now these restrictions are coming directly on the Twitter platform. (Full Story)

Fortune – YouTube is refining its metrics by tracking “quality watch time.” In the past, a video could be considered a success if it received enough views, comments and likes, but the new metric aims to find what keeps people interested and on the platform. By working to better define quality, YouTube hopes to cut down on click-bait titles and continue improving relationships with advertisers. (Full Story)