The Wall Street Journal – Facebook has announced a slight rebrand for its owned properties, Instagram and WhatsApp, which will more closely place the parent company’s name alongside them in various places. For instance, the apps will now be titled “Instagram, from Facebook” and “WhatsApp, from Facebook” in the app stores and other potential places within the apps. Facebook uses the same type of branding for Oculus, from Facebook, though not everybody is fond of the link between the companies. Facebook says the move was made to “be clearer” about the products and services it owns. (Full Story)

Bloomberg – Facebook is taking some of the first real steps toward unifying the backend of its many messaging platforms, working toward the ultimate goal of making it so users can send cross-platform messages between Messenger, Instagram, and WhatsApp. Engineers are currently in the process of rebuilding the backend of Instagram’s Direct feature, which won’t change the customer-facing look, but will make messages more secure and prepare for future cross-platform abilities. (Full Story)

Social Media Today – After being requested by marketers for years, Facebook has finally added a way to schedule Instagram Feed and IGTV posts via an official source – the Facebook Creator Studio. Instagram has been testing this update for about a month, recently expanding more broadly. Users who haven’t received the update yet are likely to receive it soon. Instagram scheduling has been available via third-party apps for some time now, however they’ve lacked functionality that Creator Studio provides, such as uploading multiple images in a single post. (Full Story)

Mashable – Instagram is hiring a meme liaison who is expected to be in touch with the youth culture that propagates memes, a move which follows backlash to its recent and somewhat unexplained purge of 142 meme accounts that had over a collective 30 million followers. The “strategic partnerships manager” who fills this role will work with meme accounts and digital publishers that work primarily through social media to identify important new formats and trends, while also serving memers already on the platform. “Essentially, they're hiring someone who knows memes, understands memes and can work with memes.” (Full Story)

The Verge – Twitter is testing a new snooze feature that will give users the option to pause push notifications from the app for one hour, three hours, or 12 hours. Other apps, including WhatsApp, have previously implemented similar functionality. The snooze option is handy for times when people want to minimize distractions without completely disabling notifications at the OS level. That benefit is mirrored for Twitter, which could hopefully see fewer people completely disabling notifications if this option is made more broadly available. Right now, Twitter’s snooze function is in testing, so there is no guarantee that is will roll out app wide. (Full Story) 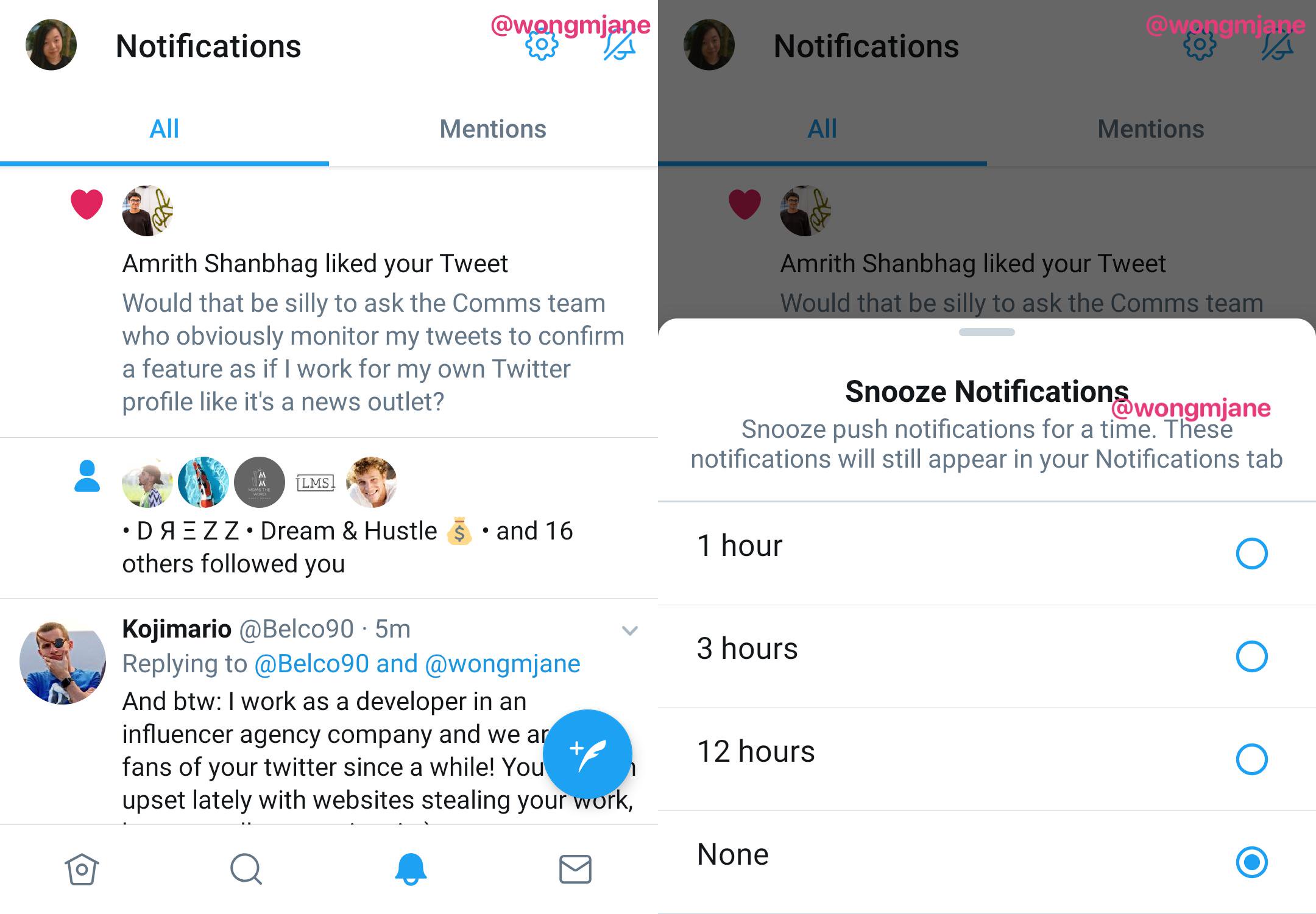 AdAge – Twitter has announced that it will stop integrating with third-party data providers, including Acxiom, Oracle Data Cloud, Epsilon and others. This data allowed advertisers to identify people based on information collected beyond the realm of what was collected by Twitter, but now advertisers will need to source it on their own if they plan to use it for ad targeting. Facebook made a move of this nature last year, and now Twitter is doing the same to place some distance between itself and the data companies as lawmakers place the collection and use of this information under more and more scrutiny. (Full Story)

New York Post – Snapchat has announced plans to raise $1 billion in short-term debt that will be used to give users more of their favorite things on the platform, including more augmented reality. Additionally, Snap is seeking this cash to invest in more media content and potentially acquire other companies, according to CEO Evan Spiegel. Snap’s revenue jumped 50% last quarter largely because of new augmented-reality lenses, so the company is seeking to capitalize on the opportunity to add more offerings to its product. (Full Story)