The Verge – Facebook has announced that it will open-source two algorithms it uses to identify child sexual exploitation, terrorist propaganda, and graphic violence. PDQ and TMK+PDQF are the two technologies that Facebook has recently made available on the developer platform Github. They store files as digital hashes and compare them with known examples of harmful content. By releasing these algorithms as open-source, Facebook hopes that other tech companies, nonprofit organizations, and individual developers will use the technology to identify more harmful content and add it to shared databases, helping harmful content to be taken down as quickly as possible. (Full Story)

CNBC – Facebook and Google have long been the dominant players in the digital advertising space, but smaller networks and communities are gaining share. Snap, Amazon, and Twitter all showed strong ad revenue growth this past quarter, as did Pinterest with 62% year-over-year growth. At the same time, while Google and Facebook are continuing to grow (and have the highest respective revenues), their growth rates are lower than those of smaller platforms. Facebook and Google are still the place to be, but more advertisers are testing other options and diversifying their ad budgets. (Full Story)

Complex – Instagram recently suspended more than 30 meme accounts with a combined following of over 33 million. The move, which is being called the “meme purge,” occurred because the accounts had violated the company's terms, specifically the "selling and purchasing of usernames, as well as alleged attempts to fraudulently obtain others' usernames," according to Facebook. The suspension of these accounts occurred before Instagram’s roll out of new notifications that will more clearly warn users of violations. (Full Story)

TechCrunch – Snapchat has just launched a new tool called Instant Create, which is aimed at attracting new advertisers and making it easier for existing ones to create vertical content. While taller content has become accepted on networks like Facebook and Instagram, and even preferred with Stories, Snap felt that being unable to use existing assets could have been a barrier to potential advertisers. Now, using the new Instant Create tool, brands will be able to pull in assets from their app or website and have Snap generate a vertical layout. (Full Story) 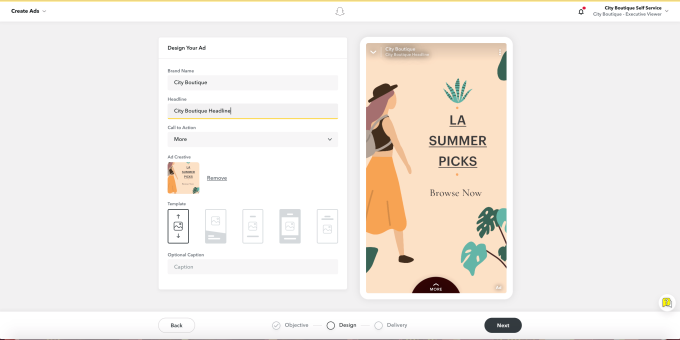 TechCrunch – Like Snapchat and Instagram before it, TikTok has added an integration with Giphy to bring gif stickers to TikTok posts. Taking the partnership a step further however, users will be able to create new gifs for Giphy based on what they’re creating on TikTok. (Full Story)