NBC News – Facebook has rolled out its “Today In” feature, which aggregates and spreads relevant local and community news based on geographic location, to 400 cities in the United States. Facebook started testing the feature in five U.S. markets in January of this year in response to user feedback of people asking to see more local news. (Full Story)

TechCrunch – Facebook has agreed to roll back the inclusion of news publishers who promote political stories in its ads transparency archive, which also means it may not need to display “paid for by…” labels. The News Media Alliance, an organization representing about 2,000 newspapers, sent a letter to Facebook in June protesting their inclusion in Facebook’s program and Facebook has opted to oblige. The change won’t be immediate, as Facebook wants to first find additional ways to verify publishers, but starting next year, those posts won’t be required to carry the label and won’t be shown in the political ad archive. In the meantime, publishers can start applying for an exception. (Full Story)

Forbes – Facebook has been gradually rolling out an automated internal tool called Sapienz that can find bugs in the company’s source code and suggests fixes based on past activity. Facebook engineers are constantly testing the platform and make an average of 100,000 changes each week. To find issues in the platform, the engineers perform actions that mirror what users would be likely to take. To help minimize the manual testing, which can take days or even weeks, Facebook is starting to rely more heavily on an automated version of this process. Sapienz can find bugs 17 times faster than human developers and has helped identify 75 percent of bugs before they reach users. (Full Story)

The Verge – Instagram is rolling out a new feature called “close friends,” which is a variation of the “favorites” feature the company tested in 2017. When posting to Stories, users will now have the option to share to their close friends list – a smaller group of friends than a user’s overall follower count. Users will be prompted to add people to this list the first time they select the option, but will be able to edit the list at any time. When a Story is shared only with close friends’, it is surrounded by a green ring in those friends feeds, rather than the standard pink ring, indicating that a particular Story was only shared with that small group. (Full Story)

Forbes – Instagram has rolled out a major enhancement to the platform designed to boost usability for the 285 million people in the world who have visual impairments. The new change introduces features designed to aid automatic descriptions of photographic content on the platform so that alt text can be read by screen reading programs. Instagram will soon introduce the ability for users to write their own alt text for images, should they opt to. (Full Story) 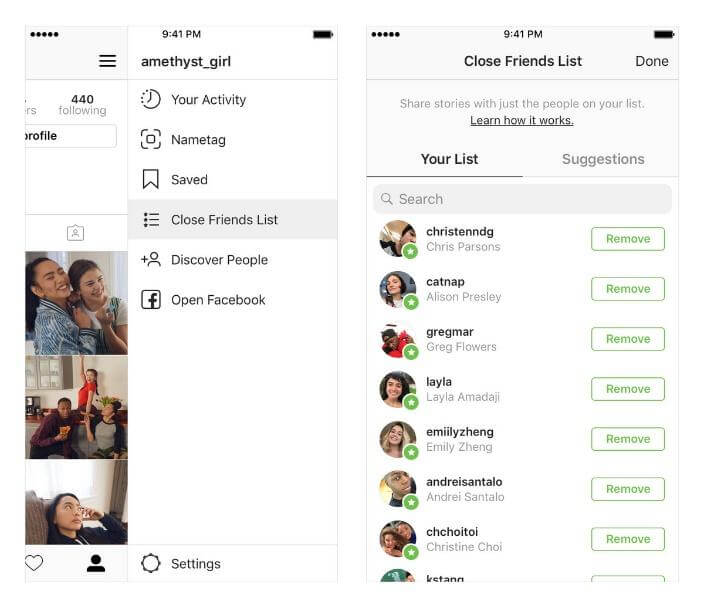 The Verge – YouTube introduced a Stories functionality similar to Instagram’s Stories offering in 2017 and is now expanding that feature to creators with more than 10,000 subscribers. Stories on YouTube vary from other platforms, as they are used more for community engagement and channel promotion than day-to-day life updates. As such, these posts last for seven days rather than 24 hours and appear alongside videos for both subscribers and non-subscribers. (Full Story)