USA Today – Facebook’s co-founder Chris Hughes is reportedly working with the Department of Justice, the Federal Trade Commission, and other regulatory agencies as they investigate whether the company should be broken up for violating antitrust rules. Hughes has been pushing for Facebook to be broken up for several months now, starting with an essay published by the New York Times back in May, and is continuing to be critical of the power that the tech giant has achieved. (Full Story)

Fast Company – The Australian Competition and Consumer Commission (ACCC) has announced plans to set up an office that will be solely responsible for policing the algorithms tech giants, including Facebook and Google, use to generate income. The ACCC had proposed 23 different recommendations, including this one, to help the Australian government better regulate American tech companies. Looking specifically at these companies’ algorithms, the hope is that regulators will gain a better idea of how companies match advertisements to users. (Full Story)

Engadget – Facebook’s Instant Games, which were introduced in multiple places across the platform in 2016, are now being retired from Messenger. Instant Games, which are casual games that could be quickly played with friends, have seen more than 20 billion game sessions in the past two years. Facebook has no intention of losing out on these popular hits, but is rather moving them to the gaming tab of the main Facebook app. Facebook has been decluttering the Messenger app since announcing plans to combine the back-end of Facebook, Instagram and WhatsApp last year, so this move is a necessary step in that direction. (Full Story) 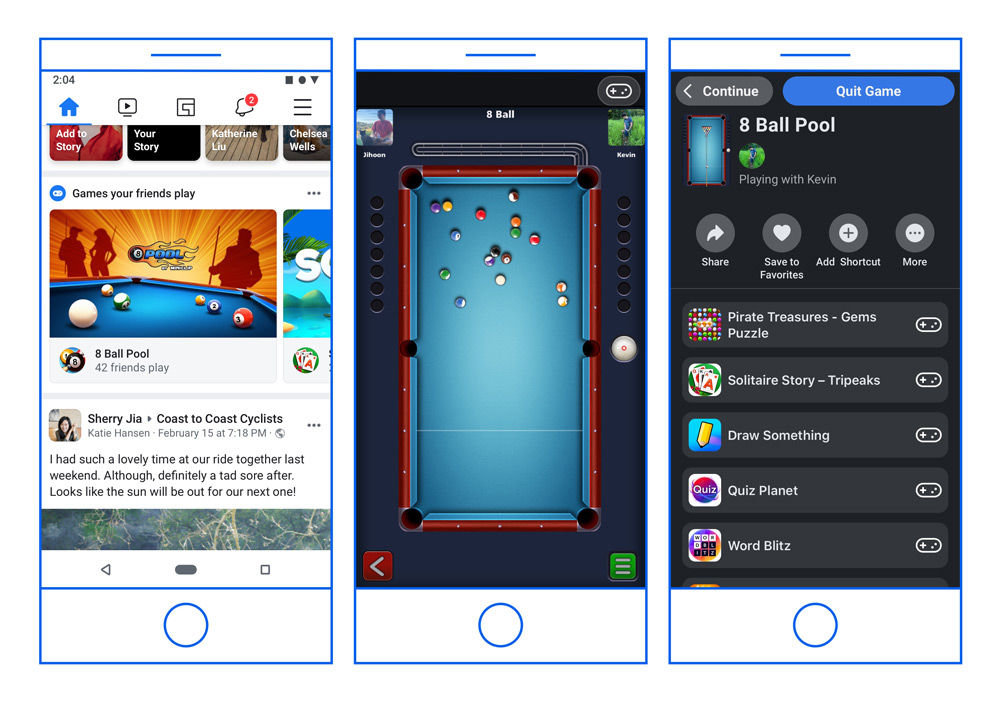 The Verge – Facebook has recently discovered a design flaw in its Messenger Kids app that let thousands of kids join chats with unauthorized users. Facebook Messenger Kids is designed to be a safe zone for kids to chat with (and only with) users who have been approved by their parents. Facebook has remedied the flaw and notified affected users, however given the fact that this privacy flaw involved children under 13, Facebook could be under increased scrutiny relating to the Children’s Online Privacy Protection Act (COPPA). (Full Story)

CNBC – Twitter’s user count is continuing to grow with the company reporting an average of 139 million monetizable daily active users in Q2 of this year, 29 million of which come from the U.S. market. The U.S. number was up 14% compared to the year prior, and the increase in international users was about 15% higher. When releasing these numbers, Twitter also discussed how it plans to spend money through the rest of the year, noting that health and conversation are the two top priorities. (Full Story)

TechCrunch – TikTok is rumored to have acquired Jukedeck, a music AI startup in the U.K. Jukedeck was building technology to create music using AI, which includes the ability to interpret video and automatically set music to it. The acquisition was not heavily publicized, but rather observed as many Jukedeck employees listed themselves as now working for TikTok. (Full Story)