TechCrunch – Facebook has been testing a feature called “Watch Party” in groups for several months, and has now rolled that feature out to the masses. As the name suggests, groups will now be able to host a “Watch Party” where members can see and comment on videos at the same time as part of a shared video streaming session. Hosts of the session can add new videos from throughout Facebook, and members can suggest videos to be played as well (with hosts having the option to approve those videos). (Full Story)

CNNMoney – Facebook announced some changes to its big picture strategy, specifically with regard to privacy. The announcements come as an attempted justification for slower than expected user and revenue growth in the last quarter, a reality that caused the single greatest market cap decline in history. The past quarter was the first complete quarter since the Cambridge Analytica scandal, and Facebook results are not as positive as compared to the same time last year. For instance, it added 22 million new users last quarter, while the same period in 2017 saw 41 million users added. In the U.S. and Canada, Facebook’s daily active users remained stagnant, while in Europe, the daily active user count actually shrank from the prior quarter. Facebook attributes that decline to greater data regulation in Europe. (Full Story) 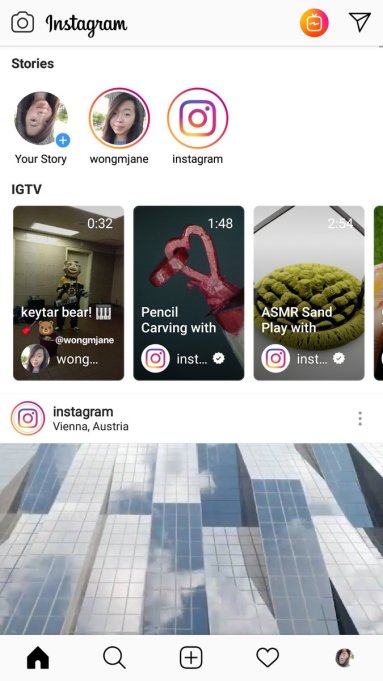 TechCrunch – Instagram is testing further promotion of IGTV by placing a carousel of video previews in some users’ regular feeds, just as it as done for Stories. Since IGTV content is somewhat buried outside of the main feed, the hope here is that more users may check it out when they see the previews. Of course, with increased viewership on IGTV, it is also likely that more brands and creators will move toward producing more vertical, long-form videos. (Full Story)

Refinery29 – Instagram is also testing a new way for users to react to Stories using emojis. Similar to how Facebook utilizes reactions for posts, Stories could adopt this idea for users to share thoughts about a particular Story. Unlike Facebook, Instagram Story reactions would use different emojis (suggested emojis have been confirmed, but it is not clear if this will be a varying selection or permanent set of options) and the reactions will only be visible to the poster of that Story. (Full Story)

The Verge – With Twitter’s major crackdown on malicious bots and fake accounts, the company reported one million fewer users alongside its last quarter earnings, falling from 336 million to 335 million. Worse yet, Twitter announced it could lose “mid-single-digit millions” more users over the next few months. Since its cleanup of the platform is not reducing the number of real users, this isn’t necessarily bad news, as it brings more accuracy and hopefully an improved experience to Twitter going forward. While Wall Street has been alarmed by the reported decline in user growth, Twitter has once again turned a profit – for the third quarter in a row (and the third quarter ever). (Full Story)

TechCrunch – Snapchat is trying to become more involved in the influencer marketing game with the rollout of “Snapchat Storytellers.” This new addition is designed to introduce brands to popular Snapchat content creators, and really does act as more of a connection point than anything else. Snap won’t take a cut of any deals it helps to arrange. The idea is that brands will be able to form partnerships where top creators can star in brand’s ads or provide creative direction based on influencer experience. (Full Story)

AdAge – In addition to the influencer push from “Storytellers,” Snapchat has also opened up a new private marketplace that will allow advertisers to purchase commercials directly from publishers. This will mean that advertisers will be able to purchase ad space in specific Snapchat shows, such as those from BuzzFeed and NBC Universal. This premium option was previously available through an insertion order with a Snapchat ad rep but has now evolved to now be part of Snapchat’s programmatic offerings. (Full Story)