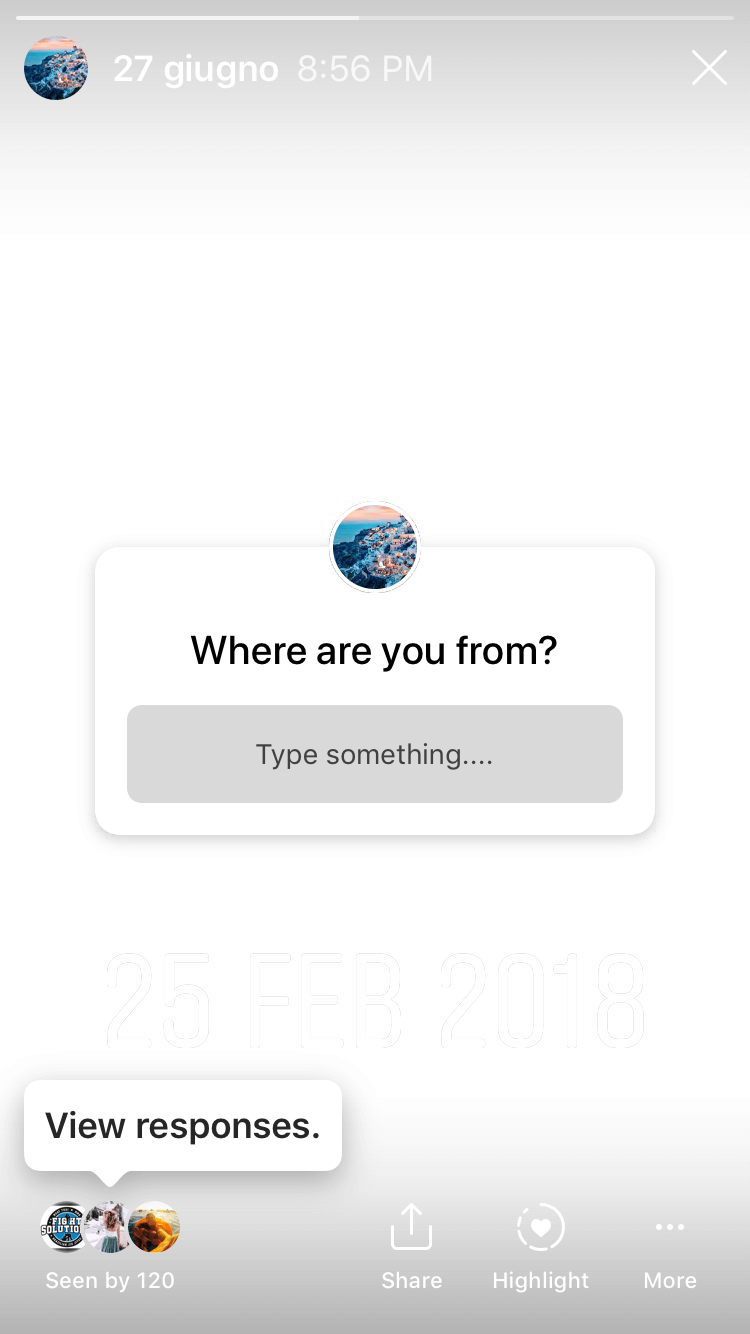 TechCrunch – Instagram is testing yet another way for people to interact via Stories, this time by allowing users to post questions in their Stories as stickers. The new potential feature follows the two-option poll and slider poll stickers that Instagram currently has available. Unlike those two options, this question style would allow for more open-ended answers and could potentially lead to collaborative story posts comprised of people’s responses. (Full Story)

The Verge – Instagram announced last week that 400 million people are now using Instagram Stories daily, and the company doesn’t want that momentum to end. According to The Verge, Instagram tested a version of the platform in which the Stories bar remains at the top of the screen rather than disappearing once a user begins to swipe through their feed. While this change could keep Stories top-of-mind for even more users, this persistence coupled with the neon-orange IGTV notifications shown above the main feed add lots of clutter to the top of the historically minimalistic app. (Full Story)

Business Insider – Instagram has officially launched its new feature which displays a “You’re All Caught Up” message in users’ feed once they have seen all the posts shared by the accounts they follow within the past two days. The rationale behind this change is two-fold. One benefit is that this notification combats some of the distaste users have for Instagram algorithmic sorting by letting them know when they’ve seen everything. Additionally, the “all caught up” message serves as part of Instagram’s time well spent changes, helping to prevent users from spending mindless time on the app. This does not necessarily mean that users would quit using Instagram altogether when they see the message, but rather that they may look to other parts on the app, such as Stories or Explore. Daily time spent on Instagram is up 89 percent year-over-year among US Android users, with an average of 53 minutes being spent on IG per day in June. (Full Story)

Mobile Marketer – Snapchat has launched new geofenced Lenses at Disney, Universal and Six Flags theme parks, making for augmented reality (AR) experiences in the parks. This isn’t the first time Snapchat has taken AR capabilities to these levels, having previously “installed” statues from artist Jeff Koons in different places around the world which are visible only via Snapchat Lenses. The new Lenses will be used to promote movies and themes of their respective parks, and will give visitors another way to remain entertained, perhaps while waiting in line. Snapchat has been expanding AR offerings more and more in recent months, with everything from activations like these to the now more than 100 brands running programmatic AR ads. (Full Story)

Digiday – Snapchat is now making its native commerce feature available to top creators, allowing them to sell products within the app. The feature is akin to Snapchat’s own in-app merch store, and the platform’s recent partnership with SeatGeek, which allows users to buy tickets without leaving Snapchat. The program is currently in open beta and Snap is not taking a commission from these sales. (Full Story)