Newsweek – A bit of Instagram insights made their rounds on social media last week when users discovered the ability to see their “Ad Interests” according to Instagram. The list of interests gained a level of popularity, largely due to some of the specifics users saw. While some interests were spot on, others were considered odd or funny, not necessarily describing users as they saw fit. Interestingly, while Facebook proper allows for a higher level of control over these interest groups, Instagram does not appear to have a way to edit them at this time. The interests are populated based on how a user interacts with content on the platform. (Full Story)

TechCrunch – Instagram is attempting to “one-up” TikTok by adding the ability to include lyrics when adding a Music Sticker to a Story. Multiple animation styles accompany the song lyrics, including a traditional karaoke teleprompter style, an option that presents lyrics in a typewriter font, and a large billboard-style font. To try and hold its own, TikTok has now launched the option to overlay text on videos – an option Instagram has had since the launch of Stories. (Full Story) 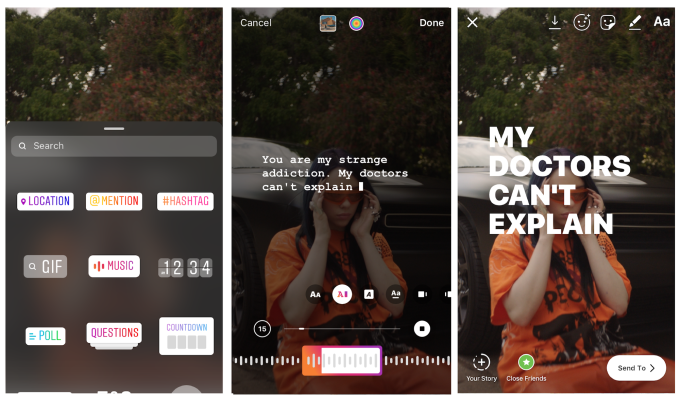 Fast Company – Some Instagram users have reported losing the ability to share Stories with “close friends.” Close friends was rolled out several months ago as an alternative to showing Stories publicly. Instagram would automatically suggest friends to be included in this list based on past platform interactions, but the choice was ultimately up to the poster. The lack of a “close friends” option was likely a glitch on Instagram’s part, as it is seldom that a feature so recently released is removed from the platform. (Full Story)

Elite Daily – Snapchat has added even more charms (the small icons on friendship profiles that provide context to a particular Snap relationship) to the app, making them newly available for groups. The group charms are a little different than the individual friendship charms, mainly because they are found specifically in groups and have meanings that better match that context. “Most Nostalgic,” “Most Creative” and “Group Paparazzi” are among the new group charm additions. (Full Story) 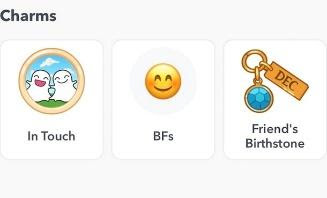 TechCrunch – TechCrunch has called Apple the “asocial network” following multiple announcements at the company’s WWDC event last week. Apple has made a point of emphasizing how much they value their users’ privacy, compared rather directly to Facebook. One new feature is called “Sign in with Apple,” which will allow users to sign in using their Apple credentials (Apple generates a random email to help safeguard information), and is mandating that any apps that allow for “Sign in with Facebook” also offer the Apple alternative. A couple other enhancements coming to iOS also highlight how sharing with close friends is the type of social network people like interacting with. AirPods sharing, Memoji, and an increasingly simplified way to share photos with close friends further paint that picture. (Full Story)