The Verge – A new report has revealed that Facebook stored passwords for hundreds of millions of users (between 200 million and 600 million) in plain text, exposing them for years (going back to at least 2012) to anyone who had internal access to the files. Passwords are usually encrypted, but thanks to a string of errors expanding to multiple Facebook-branded apps, as many as 20,000 company employees would have had access to the password data. Fortunately, there were no signs of abuse or exposure outside of the company. (Full Story)

The Verge – Facebook has added a new feature to Messenger: quoted replies. Now, when a user holds down on a message as if they were going to react, they’ll also have the option to reply to that specific message. The quoted messages are not their own threads (like with Slack), but rather a repeat of the original message attached to the reply (like on a forum). This feature was already offered in Facebook-owned WhatsApp and aims to help conversations stay more organized, especially in larger groups. (Full Story) 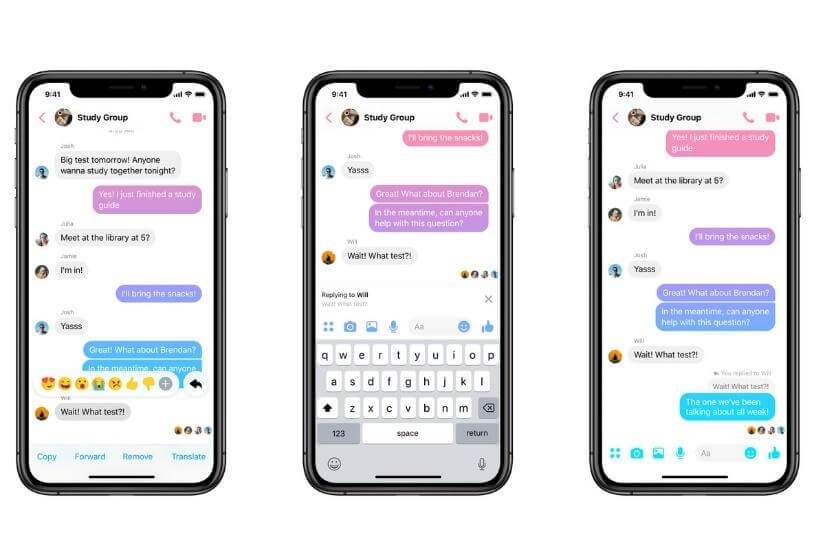 TechCrunch – Cambridge Analytica is continuing to haunt Facebook as new details have emerged about just how much information the social network had about the firm’s data-scraping procedures. Reports now suggest that Facebook employees raised internal concerns about Cambridge Analytica in September of 2015, which was months earlier than Facebook previously claimed to be aware of the issue. (Full Story)

Mashable – Instagram is quietly testing a new username lock feature that will give users the opportunity to revert back to their old username within 14 days after changing it. After 14 days, the username will be made publicly available, as was previously the case immediately after making a change. (Full Story)

TechCrunch – Instagram has launched a new “Checkout with Instagram” feature that allows customers to purchase products they select via product tags without leaving the app. More than 20 of the top brands on Instagram – including Adidas, Kylie Cosmetics and Warby Parker – are included as launch partners for the closed beta portion of this rollout. Instagram confirmed that it will “introduce a [not-yet-disclosed] selling fee to help fund programs and products that help make checkout possible, as well as offset transaction-related expenses.” Presently, only organic posts from the included brands are eligible for “Checkout with Instagram,” but that is expected to change given the potential return checkout-equipped ads could generate. Instagram plans to allow merchants to integrate their Shopify, BigCommerce, ChannelAdvisor, CommerceHub and other tools with the Checkout feature. Meanwhile, Instagram confirms that interacting with Checkout will be used as a signal for ranking which content you see. (Full Story) 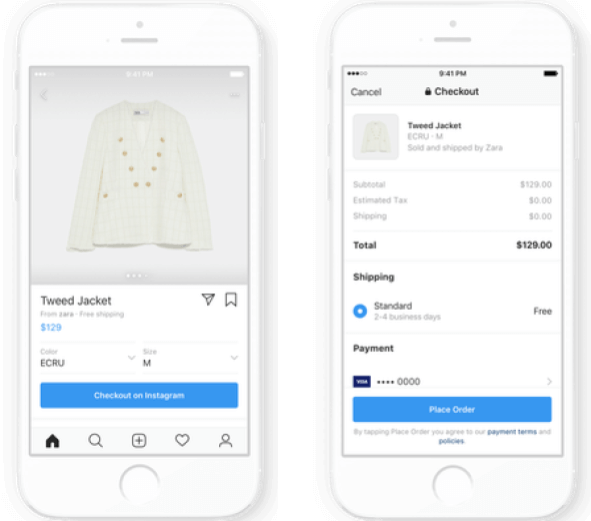 TechCrunch – Twitter has shared plans to start auditing developers using its APIs as a way to hopefully prevent its own Cambridge Analytica scandal. Beginning in June, the company will require any developer that calls for recent tweets or mentions more than 100,000 times per day to submit their app for review. For B2B services that use Twitter’s APIs, like Agorapulse, Twitter will require the company to engage in a commercial licensing agreement. (Full Story)

The Verge News – Google has announced a foray into gaming by way of a new game-streaming service called Stadia. The new service will not require significant hardware or downloads, but rather lets gamers jump into games as easily as they would start watching a show on Netflix. With Twitch taking over the live streaming space, this project is seen as a way for Google to maintain the 200 million logged-in daily active users watching gaming content on YouTube. During the announcement of Stadia, Google even showed off the option to join a YouTube streamer’s game during a livestream, which occurred without the need to download a game first. (Full Story)