Forbes – Facebook is ramping up plans to launch a rival to bitcoin as soon as next year, a move that aims to help diversify the company’s revenue away from strictly advertising. Facebook plans to have their cryptocurrency, reportedly called GlobalCoin, testing by the end of 2019 with a larger rollout planned for 2020. (Full Story)

Vox – Facebook removed 2.2 billion fake accounts from its platform during the first quarter of 2019, a number which has doubled since the quarter prior. Facebook reported 2.375 billion legitimate users during the same period, indicating that there were nearly as many fake accounts as there are real ones. Facebook has continued to make this number more transparent as it works to show users how spam and abuse, along with bad actors who take advantage of the platform, make a negative impact. (Full Story)

The Verge – Instagram launched IGTV nearly a year ago with the intention to make vertical video more mainstream, but the service hasn’t been without its challenges. Now, in response to actions and feedback from viewers and creators, Instagram is moving to support horizontal videos on the platform. Some creators have already been uploading non-vertical content, which previously had to be cropped to the center of the screen without the option to turn a phone sideways to watch. With this change, creators who publish video across platforms will be able to repurpose content, such as their monetized YouTube videos, on IGTV without the need to re-cut any footage. (Full Story) 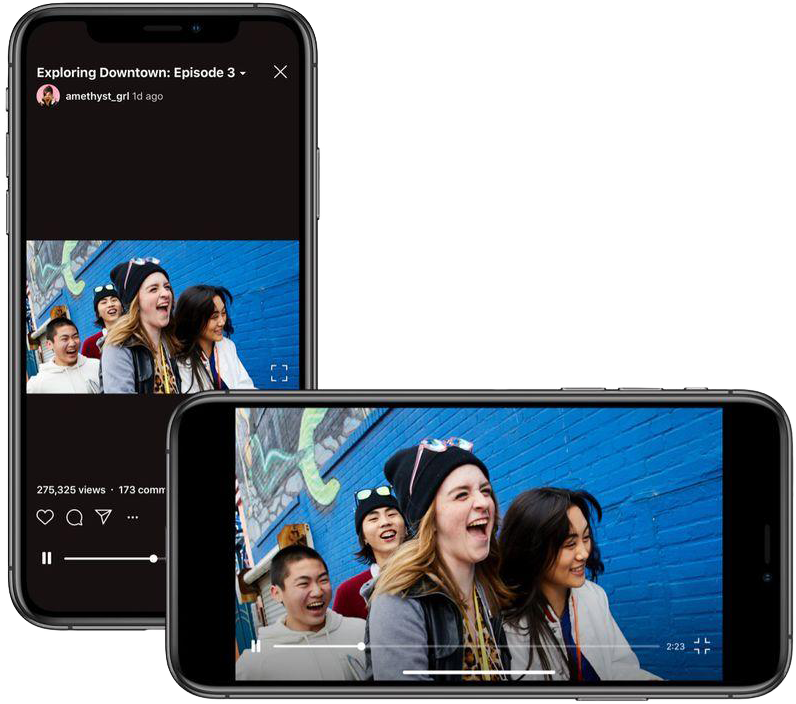 TechCrunch – An independent researcher uncovered a massive, unprotected file hosted by Amazon Web Services that contained about 49 million records of Instagram influencers’ public information, as well as more private contact data. The file was generated by a Mumbai-based social media marketing firm called Chtrbox, which measures influencer data and provided estimated costs of doing business. Chtrbox is more at fault for potential exposure than Instagram in this case, especially with Instagram taking action to limit Chtrbox’s API access and stating that while the records were out there, they were not accessed by the masses. (Full Story)

Variety – Snapchat is reportedly in talks with the three major record labels – Sony Music Entertainment, Universal Music Group and Warner Music Group – to license songs for a catalog that users can then add to their snaps. Instagram and parent Facebook already have a deal of this nature in place, as does TikTok, so giving Snapchat users the ability seems like a logical step for the app. While Snap already supports other music services, including Pandora and Shazam to a certain degree, an integration with mainstream music labels would likely be the most involved for the platform to date. (Full Story)