TechCrunch – Facebook has set up nine pop-up shops within The Market @ Macy’s, which is an area inside the department store organized as a temporary space for other businesses. The pop-up shops are designed to show off goods from 100 small businesses and online brands, not Facebook merchandise. The theme of the shop pulls display elements from the Facebook experience, almost as a way to bring Facebook ads and Marketplace listings to life. Facebook paid Macy’s for the store placement, but neither company will take revenue from the sales in these shops. Facebook could see this as a way to further promote shopping on the network, and also encourage more small businesses to spend on ads. The pop-up shops will be open through Feb. 2, 2019 in New York City, Pittsburgh, Atlanta, Fort Lauderdale, San Antonio, Las Vegas, Los Angeles, San Francisco and Seattle . (Full Story) 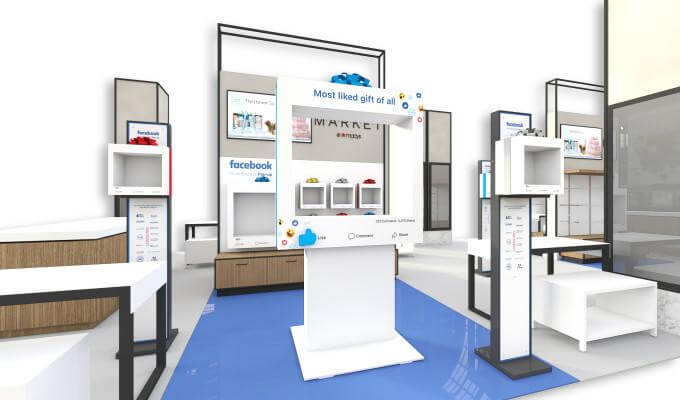 The Verge – A few weeks ago, Facebook announced that an “unsend” feature would be "coming soon" to Messenger, an ability that was added to Instagram earlier this year. The release notes for the latest of version of Messenger indicate that the feature is still coming soon. This latest insight notes that unsend on Messenger will only be available within 10 minutes of being sent. Messages older than 10 minutes will not be able to be unsent. On Instagram, that timeline does not currently exist. (Full Story)

The Verge – Instagram is reportedly working on a school-based version of Stories, which would only contain content from students at a particular school. Over the summer, Instagram added the ability for students to add their school to their account. This addition would be a continuation of that idea. School Stories will be moderated and manually reviewed to make sure the community stays safe. (Full Story)

The Verge – Instagram has launched a new feature which allows users to share IGTV videos to their Stories, just like they can with a standard post. Given that IGTV videos can be as long as an hour, the entire video won’t play in Stories, but rather a preview is shown. Users can then tap the preview to watch the entire video in IGTV. Previously, business accounts could link to an IGTV video and users could swipe up to view, but this addition is now available for all users. (Full Story)

Digiday – Snapchat recently hosted a three-day Lens Fest at its headquarters in Santa Monica, Calif., where members of the company’s lens creator program met with Snap employees, participated in panels and worked on creative projects. Some creators voiced concern about Facebook overtaking Snapchat in the AR race just as they did with Stories. With that in mind, the event was a way for Snapchat to show they are supporting creators and add validity to choosing to create with Snap. Another point brought up by creators was that Snapchat’s platform is generally more user-friendly than Facebook, requiring less in the way of coding skills. Alpher Guler, co-founder of Kabaq, an AR menu experience company stated that his team has consistently focused on Snapchat because of how native the product is, a fact that is not yet as true on Facebook. (Full Story)