Forbes – Facebook has rolled out its new Facebook News section, a tab in the mobile app that is dedicated solely to news articles. The company hopes this dedicated tab will help combat the spread of fake news articles and mend its relationship with publishers. There will be 150+ news organizations that are whitelisted to have suggestions show up in the News tab at launch, notably including the New York Times, The Wall Street Journal, Washington Post and Buzzfeed. For now, this latest addition is just a test, available only on mobile with an initial audience of about 200,000 people in some of the country’s largest cities. Facebook will reportedly pay for at least some of the content included in the tab, with representatives saying they’ll pay as much as $3 million to license headlines and previews of articles from major news outlets. (Full Story)

The Verge – Facebook has released a new set of tools and policy changes for both its main site/app and Instagram that help fight the spread of misinformation and more clearly label false posts. The move will not apply to paid political ads, a topic that has generated a bit of backlash as of late, however it will apply to other posts on both platforms. Immediate changes include: 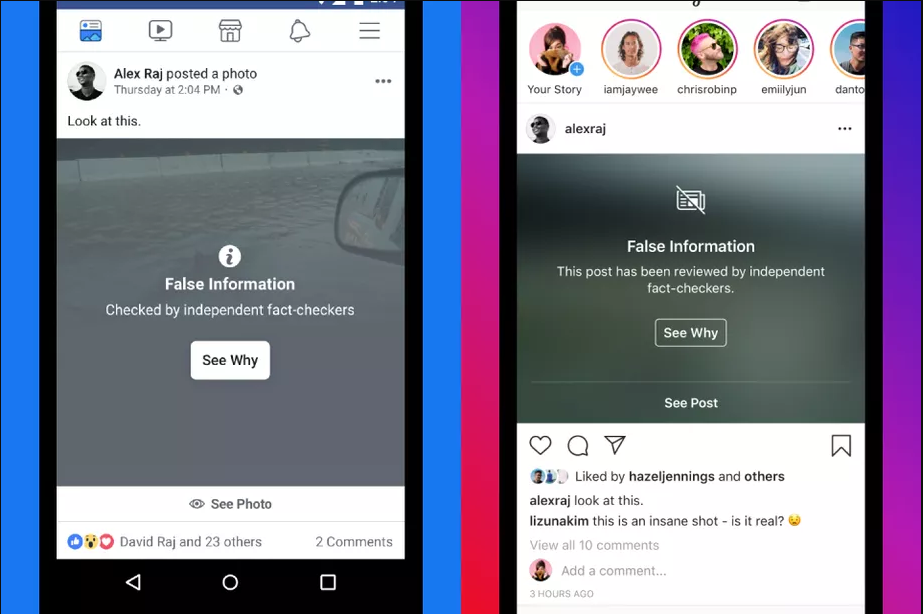 Engadget – Instagram has added a few features to make it easier for anyone to create and share videos on IGTV. Creators now have options to send notifications out to their fans and organize videos as a series (with a dedicated series page and title). IGTV will also now automatically recommend the next episode in a series. (Full Story)

Independent – Instagram is testing a new tool that makes it easier to see the people a user does not interact with on the network, then providing the option to easily unfollow them. The goal is to reduce the number of less positive interactions a user has, while also improving the quality of posts in their feed. The feature has not been officially announced by Instagram yet (it was discovered by app researcher Jane Manchun Wong), so there is no guarantee it will come to fruition. If it should roll out though, it seems that some of the pre-sorted lists shown by IG will include “Least Interacted With” and “Most Shown in Feed.” (Full Story)

AdWeek – Snapchat is extending Creative Kit, which enables its users to share media from outside applications to the web. This new addition gives publishers and brands the ability to add Share to Snapchat buttons to their websites, enabling Snapchat users to easily share content via the app. When content is shared via those buttons, it will contain a custom branded sticker and a link to drive users back to the originating site. Creative Kit for web is available only to a few brands at launch, with more to follow after the test. (Full Story)

The Verge – Twitter has shared that in the past, the platform was skewed to show more ads to users with fewer followers, meaning celebrities and influencers tended to have a more ad-free experience, incentivizing them to spend more time on the platform. Twitter has recently shifted its approach by showing ads to everyone on the platform, and as such, some high-profile users are saying they are seeing more ads than they are used to. (Full Story)