Marketing Land – Facebook is rolling out its automated lead generation feature for Messenger to all advertisers. This new offering, which was originally announced back in May, takes advantage of the platform’s click-to-Messenger ads for news feed, which then opens a conversation with users in Messenger. Once the automated chat is opened, it can be set up to collect user info via a few prompts, which can in turn be integrated with select CRM programs. (Full Story)

The Verge – Instagram Stories’ Spotify music sharing feature is coming to Facebook Stories. The feature is a carbon copy of the offering on IG, allowing users who prefer Facebook Stories (which are still dwarfed in terms of user count by Instagram Stories) to share an audio preview of the track they are listening to. Notably, this is different than the lyrics feature that allows users to add a song to their own content, and instead will simply show the album cover and the option to “listen on Spotify.” (Full Story)

TechCrunch – Facebook is prototyping a way to syndicate IGTV video to the video component of Facebook proper, Facebook Watch. The release has not yet been confirmed by Instagram, but was spotted as an unreleased part of Instagram’s code by reverse engineer Jane Manchun Wong. IGTV already appears beyond the subsection of Instagram designed for long-form video, as the content can also be shown as a preview in the IG feed or in Stories. This option will allow creators another place to share content that they’ll only have to upload once, and may help make the content more popular. (Full Story) 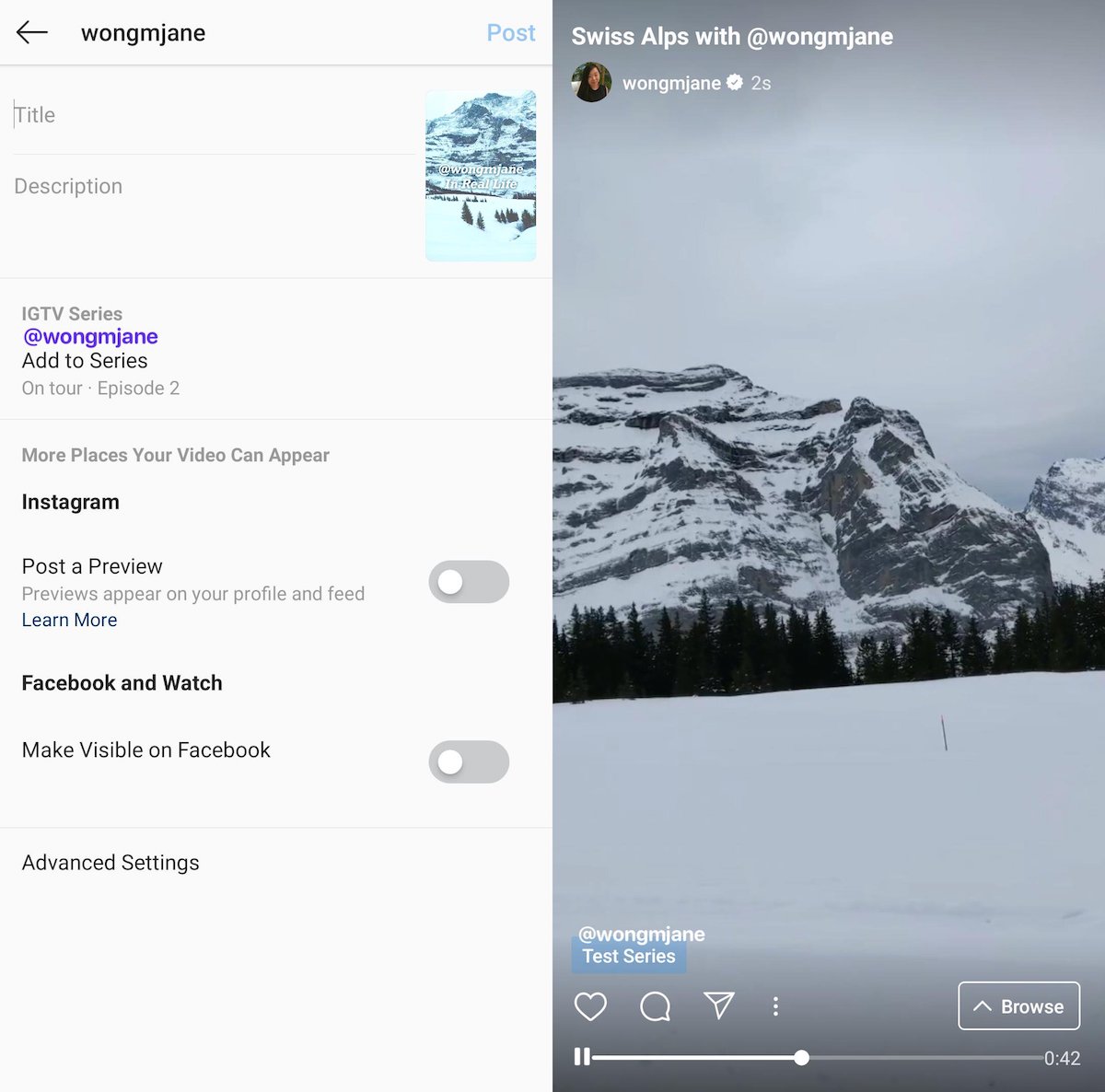 Vox – Facebook is testing an Instagram spinoff called Threads, which is based on IG’s existing close friends feature. Threads, should it come to fruition, would allow users to create a select list of followers to show more intimate content to, rather than making it available for all of their followers to see. Lots of the features, including the built-in camera, make Threads seem like (yet another) Snapchat competitor from Facebook, aiming to nurture more meaningful relationships. While Snap has 190 million daily users, compared to the 500 million who use Instagram Stories, users spend more time on Snapchat due to the nature of its sharing. In other words, it makes sense for Facebook to continue looking for ways to fuel conversation between smaller groups. (Full Story)

The Verge – YouTube will reportedly pay a fine between $150 and $200 million to the Federal Trade Commission (FTC) after allegedly violating children’s privacy, with a final number to be revealed this week. The charges stem from data collection and targeting practices at YouTube, which consumer groups alleged violated the Children’s Online Privacy Protection Act (COPPA). Critics are taking issue with the fine “letting Google off the hook” for its data collection policies, but the company has already taken steps to curb how it handles kids on the platform, including the launch of a new YouTube Kids web portal. (Full Story)