Vox – Facebook has been using facial recognition for years, popularizing the tech with the innocent goal of tagging people in photos when their friends forgot to. Now, that tech has come under increased scrutiny following Facebook privacy issues and other objections to facial recognition technology. People have cited issues with it leading to discriminatory policing and other broader issues far beyond Facebook’s original intentions. With these things in mind, Facebook is changing facial recognition to an opt-in program, meaning it will be switched off for users unless they manually enable it. (Full Story)

USA Today – Facebook-owned Instagram has been testing hiding like counts on the platform in several countries around the world, and now Facebook itself is considering a similar move. “According to Psychology Today, rejection in digital form (not getting many likes) can sting just as much as in the analog world.” Facebook hasn’t said much beyond the fact that it is considering the idea, and responses have been mixed. Some are fond of focusing on the content rather than the popularity, whereas others find likes to be a good metric for measuring the usefulness of a post. (Full Story)

TechCrunch – Facebook has officially launched Facebook Dating in the U.S. – the 20th market for the product that was first announced last year. Facebook dating aims to leverage the deep levels of information that Facebook has about a user to deliver better matches than other dating services. With the exception of a “Secret Crush” feature, where a user can select up to nine friends to match with should the feeling be mutual, Facebook will not suggest existing friends as matches. Facebook will also be offering an option to share Facebook or Instagram Stories to users’ dating profiles by the end of the year. (Full Story) 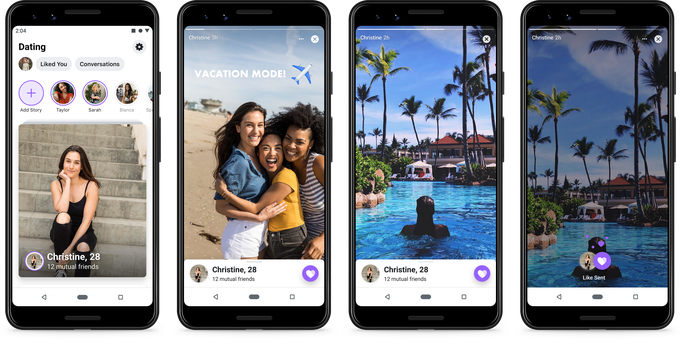 TechCrunch – Pandora has announced a new integration with Instagram that will allow users to share the covers of their favorite songs and podcasts (and the sound that goes along with them) to Stories. Spotify has offered an almost identical option for sharing to Instagram Stories for over a year, but now Pandora users will be able to do the same. Notably, when a user taps “Play on Pandora” on someone else’s story, they’ll gain direct access to the content even if they don’t have a premium account. This rollout has already started with a selection of users and will reach the rest of the user base over the next few weeks. (Full Story)

The Verge – After hackers misused the tweet via text message feature to send malicious tweets from Twitter CEO Jack Dorsey’s account, the feature has been temporarily disabled. The legacy feature has been available up until now despite most people using Twitter’s app, but the attack on the CEO pointed out its vulnerability. This is largely the fault of mobile carriers that do not properly secure phone numbers, as they are increasingly being stolen. While text to tweet has already been re-enabled in a few locations, there is no timeline for when the rest of the world will regain access, as the company needs to ensure the option is more secure. (Full Story)

TechCrunch – TikTok and the NFL have announced a multi-year partnership that aims to bring NFL content to fans worldwide. The partnership includes an official account for the league, along with a series of NFL-themed hashtag challenges and other marketing opportunities. TikTok is best known for short-form, meme-like content, but the company notes that sports is another popular category. (Full Story)