Herald Business Journal – Facebook is expanding its fact-checking program to include photos and videos as part of its continued fight against fake news and misinformation on the platform. Facebook has been testing image fact-checking since the spring and will now have any disputed photos or videos reviewed by real people. Depending on the information, it will either be removed or labeled as untrue or misinformation on the platform. (Full Story)

The Verge – Facebook is further working to police offensive content on the platform by developing artificial intelligence (AI) that reads text in images and videos and transcribes it into something which is machine readable. While this tool is expected to have multiple applications, Facebook is finding it particularly useful in monitoring for offensive memes. Additionally, the tech is a helpful aid in photo searches and with screen readers. The new AI, which is being called Rosetta, is live now and extracting text from over one billion images and video frames across Facebook and Instagram each day. (Full Story)

TechCrunch – Instagram is testing a new feature that will allow users to tag people who appear in videos. Currently, other users can be tagged in an image or in the caption of a photo, but not in videos. If this change is implemented, users will be taken to a “people in this video” page within Instagram, as overlaying tags on the video would be fairly cumbersome. The test is only happening in the mobile app, and currently videos people are tagged in will not show up on their profiles, though that could change. (Full Story) 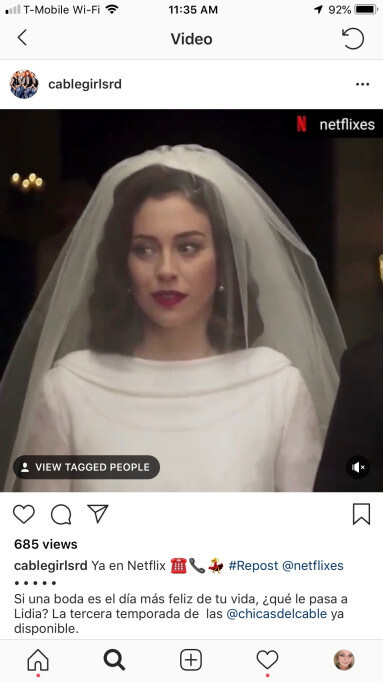 Mashable – Instagram is rolling out resources to help curb opioid abuse in the U.S. and will be adding these features in more countries soon. Once the new feature rolls out, users who search for hashtags related to opioids and other illegal drugs will be prompted with messages that contain links to information about recovery and treatment services. When users search for these hashtags, they will first get an alert offering support, and then have the option to still view posts. (Full Story)

AdWeek – The latest Snapchat augmented reality (AR) stunt comes from a partnership with Verizon Wireless. Over the weekend, Verizon ran an AR game on Snapchat, which had some qualities similar to Pokémon Go. Players of the game would find music loops, and once three were collected, players could arrange them to create a unique music mix, name the mix, and enter a contest. Verizon will award the iPhone XS as a prize to 150 entrants. (Full Story)

Mobile Marketer – As Snapchat continues to expand content on the platform, it has recently forged 25 new partnerships with media to create items for curated “Our Stories,” which will mix user-generated stills and videos produced by new third-party partners. The hope is that by introducing more professional content, there may be a larger appeal to a wider audience. CNN, NBC News, NowThis, Hearst, Viacom, Overtime, Refinery29 and Jukin Media are among Snapchat's media partners for the new feature. (Full Story)