VentureBeat – Facebook has quietly removed the option for new Messenger users to sign up without a Facebook account. Previously, new users had the option to sign up using only their phone number in lieu of an account, however that option is now gone. Facebook found that the majority of users sign in with an account already, so the change was reportedly made to simplify the process. This change only affects new users, as any existing users who had only signed in with a phone number are not being made to create an account at this time. (Full Story)

Social Media Today – According to a new report from eMarketer, Instagram’s growth rate fell to single digits in 2019, moving from 10.1% in 2018 to 6.7% in 2019, and the platform is projected to grow at a rate of just 4.5% in 2020. The slowed growth may not be a major concern for Instagram, as the platform already reaches over a billion users each month. However, it does speak to potential increased competition from TikTok and Snapchat, as well as the likelihood that fewer older users are migrating to Instagram as was initially expected. Ad Revenue for Instagram is a different story, as it is expected to grow 46% this year. (Full Story)

TechCrunch – Last year, Instagram launched a feature that detected potentially harmful comments and encouraged users to change their wording before sharing something that might not fit within the platform’s community guidelines. Now, this feature has expanded to also alert users when their initial caption may not be up to par, giving them a chance to reconsider. Notably, this feature does not prevent users from posting with the caption they intended, just warns them that their content is similar to previously reported posts. Instagram feels that nudging users in a more positive direction helps to keep the platform as a more welcoming community. (Full Story) 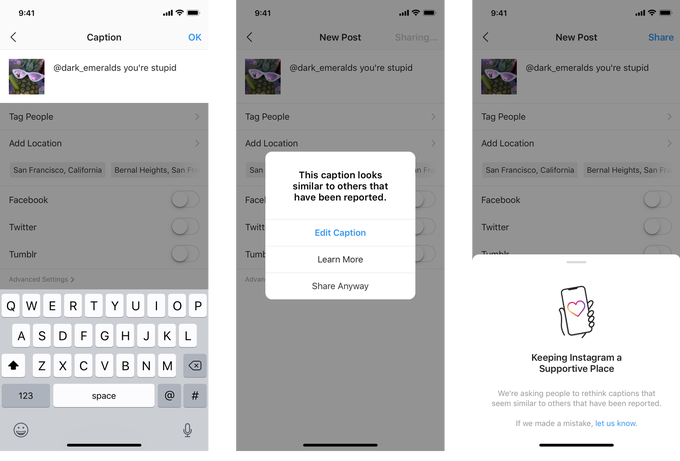 TechCrunch – Snapchat has announced plans to launch Bitmoji TV. Launching globally in February, this new offering will allow a user’s Bitmoji avatar to become the star of a full-motion cartoon series called Bitmoji TV. The series will live in the Discover section of Snapchat, with regular releases that depict a user’s Bitmoji and that of their friends on various adventures. Snap launched a trailer previewing the animated films on YouTube, and this early preview seems like it a positive addition for the somewhat tabloid-feeling Discover section. (Full Story)

Fox Business – Twitch’s ever-growing popularity increased in 2019, making it the top streaming platform for the year. Users of the Amazon-owned service logged 9 billion hours of watch time last year, a 20% increase from the year prior. Furthermore, these 9 billion hours means Twitch beat out YouTube Gaming (about 2 billion streaming hours) and Facebook Gaming (about 350 million streaming hours) by a significant margin. 75% of the total watch hours in 2019 can be attributed to the top 4,000 streamers on Twitch. While this growth does give Twitch 73% of market share, it also sparks increased competition. Facebook Gaming viewership increased 200% year-over-year, and startup company Mixer saw a 149% jump. (Full Story)