CNBC – Facebook CEO Mark Zuckerberg has laid out multiple arguments for why Instagram should not be split off from its parent company following increasing regulatory scrutiny. Politicians have shared in the sentiment of co-founder Chris Hughes, calling for Instagram to be divested from Facebook, though Mark Zuckerberg has stood his ground regarding the acquisition. Notably, Zuckerberg called out the competitive environment of Instagram at the time of the acquisition and how the product was viewed more as complimentary to Facebook than as a competitor. Furthermore, he called out that Instagram would not been as successful as it is today without the acquisition. (Full Story)

Complex – Facebook is banning the inappropriate use of emojis across its main platform and on Instagram. A few months ago, Facebook updated its Community Standards policy to address sexual expressions on its social media sites, and those new terms have now gone into effect. The company now considers pairing an emoji with sexual statements to be considered “sexual solicitation,” which is grounds for the post to be flagged or removed. Facebook noted that simply using certain emojis won’t immediately have the post removed, but rather it will depend on the context. This change will also apply to emojis included in images, not just those typed as a post or comment. (Full Story)

CNET – On the heels of removing the “Following” notification tab a few weeks ago, Instagram has started rolling out a change based on privacy that limits what users who are not signed in can see on the platform. When not signed into an account and browsing an Instagram profile on desktop or mobile web, users will only be able to see the first few rows of photos before being required to log in or create an account. While a simple change, this move will help safeguard the privacy of its users. (Full Story)

Social Media Today – Snapchat has added a new option that will enable users to paint their own 3D AR effects over their face or objects in the world around them. When opening lens switcher in Snapchat, a new create mode will be available (initially on iOS) that will give users the option to use free form drawing tools that will then be attached as 3D objects in the frame. The new mode will work with both the front and rear facing cameras, making it so these effects will work on just about anything a user wishes to add them to. The concept has existed before now as World Lenses, which launched in 2017 and allowed users to attach an image (text, an emoji, a gif, etc.) to a fixed point on their Snap, but this update adds an additional level of creative control. (Full Story) 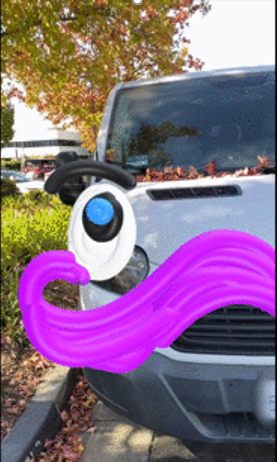 Vox – Facebook has been facing a good deal of blowback over its policy that allows false information to be spread if it is part of a political ad, a decision that the company has stuck to over the past few weeks. On the other hand, Twitter has just announced plans to ban political ads on its platform. Twitter CEO Jack Dorsey shared the the decision by saying “we believe political message reach should be earned, not bought.” Politicians will still be able to tweet, but those tweets will not be promotable as ads. Dorsey went on to explain that political messages earn reach when people decide to follow or retweet an account, saying that “Paying for reach removes that decision, forcing highly optimized and targeted political messages on people. We believe this decision should not be compromised by money.” (Full Story)