What’s in a Name?

After recently tying the knot in April, I found myself in the depths of MVA hell in order to change my last name on my license. It was in said hell that it started to sink in: after nearly three decades of building my personal brand, I was about to be “re-branded.”

I had received many accolades and accomplishments under my maiden name, rubbed elbows with a lot of notable people after working in the sports industry for six years, and had been recognized for a number of philanthropic endeavors under that name. Would all of those accomplishments and feats go away under this new identity? Would I have to completely start over?

That got me thinking about what motivates brands to change their logo or name. What are they trying to accomplish, and why are consumers so weary of change even when the product remains the same?

The recent Instagram logo change had the internet roaring with disgust, and Facebook’s subtle logo change last summer was detested because it was deemed pointless. In 2010, Gap returned to its original logo following customer backlash just one week after unveiling a new look. With each of these examples, none of the core offerings of these brands actually changed.

It’s not just logos, either. A lot of companies change their names. Google used to be called BackRub (imagine for a moment hearing people say “Just BackRub it”). Phillip Morris became Altria. AuctionWeb switched to eBay after the media continued to refer to the site by its umbrella company, eBay Internet. Datsun reportedly spent a substantial amount of money to change their name to Nissan.

And then, in walks the mother of all name changes: Budweiser – err, America.

This summer, the largest brewing company in the U.S. is getting a patriotic makeover and rebranding itself as ‘America’ leading up to the presidential election in November. Over the course of five months, you can literally hold America in the palm of your hand – and drink it, too. Which begs the question: why in the world would one of the most iconic brands in history mess with its name? What if people confuse these cans of Bud for some sort of knock-off beer? What if Anheuser-Busch makes America (both the can and the country) look bad? What about the Clydesdales!? 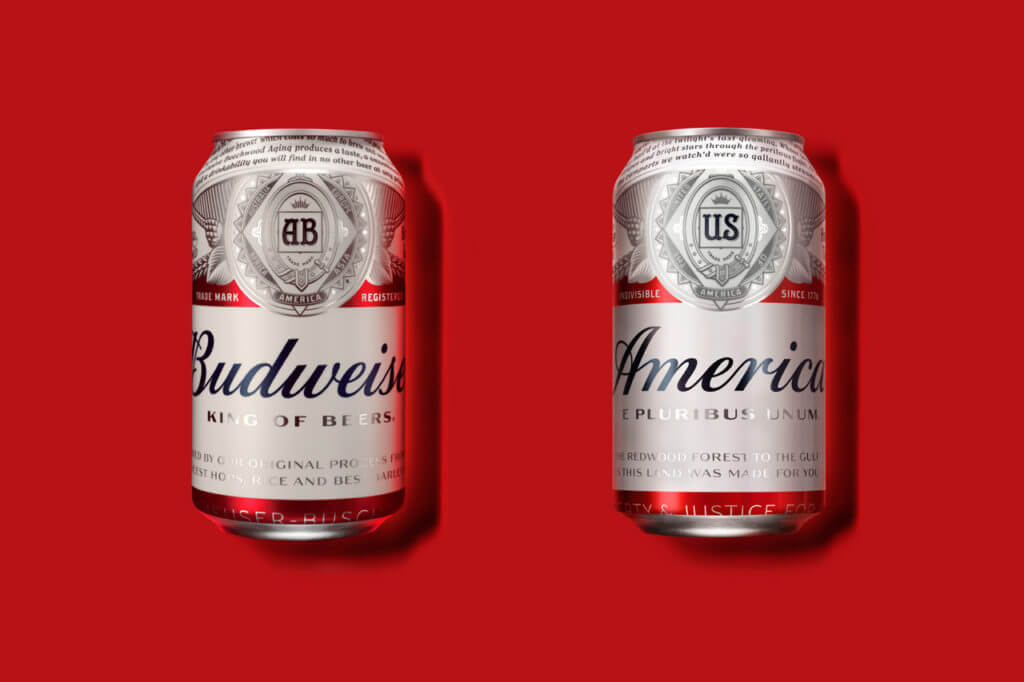 Perhaps it’s a drastic effort to shake up its image, but it certainly demands attention. Even non-Bud drinkers will want to get their hands on America. Won’t you?

Regardless of your answer, prepare to have your Timelines and News Feeds flooded with artsy, filter-heavy photos of cans of America all summer long.

Will this monumental rebranding effort damage the Budweiser brand once they return to business as usual in November? Only time will tell, but something tells me this Bud’s going to be just fine.

The lesson here is that although it’s often a big risk, change can be a good thing if it gets people buzzing about a brand. As for me, my name change probably won’t have the same Budweiser buzz, but rest assured that I’m still the same Lindsay as before. Maybe just a little more irritable after walking into the MVA.