Let’s talk about the Olym- 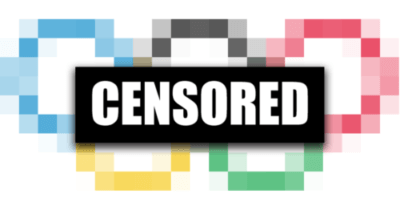 This year, the [World Sporting Event That Shall Not Be Named Taking Place in Rio de Janeiro] is taking intellectual property to a new level.

While the NFL has its gripes about the official use of its championship contest (cue “Big Game” phrases), and the NCAA won’t let us get close to a certain alliterative phrase centered around a particular spring month, the U.S. Olympic Committee takes the cake in strangleholds on word choice.

Last week, Ad Week ran a story instructing marketers on just how far they can take [World Sporting Event That Shall Not Be Named] messaging. Certain trademark phrases and words were deemed officially off-limits. That means, yes, unless you’re working for big dog sponsors like McDonalds or Visa, those editorial calendars referencing a certain international sports competition you completed two months in advance will have to change.

For a complete list of the terms that, honestly, we’re not even sure we’re allowed to directly list on this blog, see the Ad Week story. Some highlights that we can share include the fact that non-sponsor businesses can’t share anything from [World Sporting Event] social accounts, including RETWEETS!!! Additionally, non-sponsor brands are barred from even wishing athletes or countries good luck.

So, is “break a leg” still an option, or will [That Big Sporting Event]'s medical trainers come after us too? Jury is still out on that one.

Breaking these rules could get you in hot water with a certain committee that handles our country’s [Yadda-Yadda-Yadda]’s operations. The organization will demand that you remove that content.

These regulations leave businesses with two options over the next few weeks: Completely forget that [The Big O?] is even taking place, or find another creative way to be a part of the conversation.

Unfortunately, with little wiggle room, as well as that constant threat of legal action, social media marketing athletes might have to sit this one out.