From 'Impermissible Icing' to a Recruiting 'Must-Have'


Last week felt a little bit like the week of Aug. 5, 2014 here at MGH, and it’s certainly not because of the weather. Just like three and a half years ago, our Great American Cookies (GAC) account team scored big with GAC’s signature product – the Cookie Cake – earning coverage from ESPN.

Last week’s article answers this question by covering the history of Cookie Cakes as NCAA recruiting tools, but it also illustrates how we at MGH capitalized on a timely story to forever link GAC with this recruiting trend.

The company also has its place in cookie cake recruiting lore.

In 2014, South Carolina self-reported a minor NCAA violation for putting recruits' names on cookie cakes. It was suddenly an "impermissible icing" scandal.

ESPN2’s “Mike and Mike” discussed accusations of “impermissible icing” on Cookie Cakes used for recruiting at the University of South Carolina and decried it as the latest example of the NCAA being focused on the wrong things.

As soon as we heard Mike and Mike talk about the topic, we knew we had a rare chance to capitalize on Cookie Cakes being a major part of the day’s news cycle.

Our initial recommendation to GAC was to send a letter with accompanying Cookie Cakes to NCAA President Mark Emmert, humorously asking him to show clemency for Cookie Cakes and to dismiss any potential punishment due to the South Carolina program.

But as the day progressed, negative media coverage caused the NCAA to issue this statement via Tweet:

We had to quickly shift gears and have GAC join the news cycle by celebrating a victory for icing.

Working in partnership with an Indianapolis GAC franchisee, we quickly produced about a dozen Cookie Cakes carrying the messages that included “Thank You NCAA!” and “You’re a Good Sport!” and delivered them with a very tongue-in-cheek letter to Mr. Emmert.

Our integrated public relations and social media marketing team then worked to send a copy of the letter and a photo of one of the Cookie Cakes to national sports media editors and reporters across the country, leading to favorable coverage of GAC in outlets that included SBNation, Yahoo and local coverage in South Carolina, just to name a few.

We even got a thank you from the folks at the NCAA: 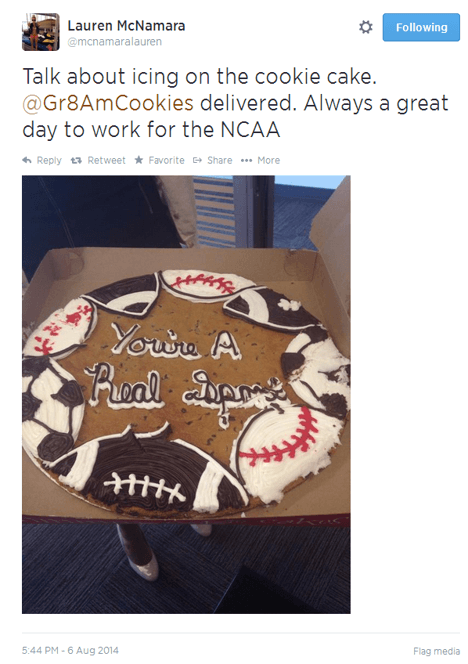 If today’s coverage on ESPN.com is any indication, the media still remembers Great American Cookies’ role in making the Cookie Cake an important part of collegiate sports.

And it all happened thanks to a well-timed campaign in 2014 – proof that a short-term campaign can have long-lasting benefits. 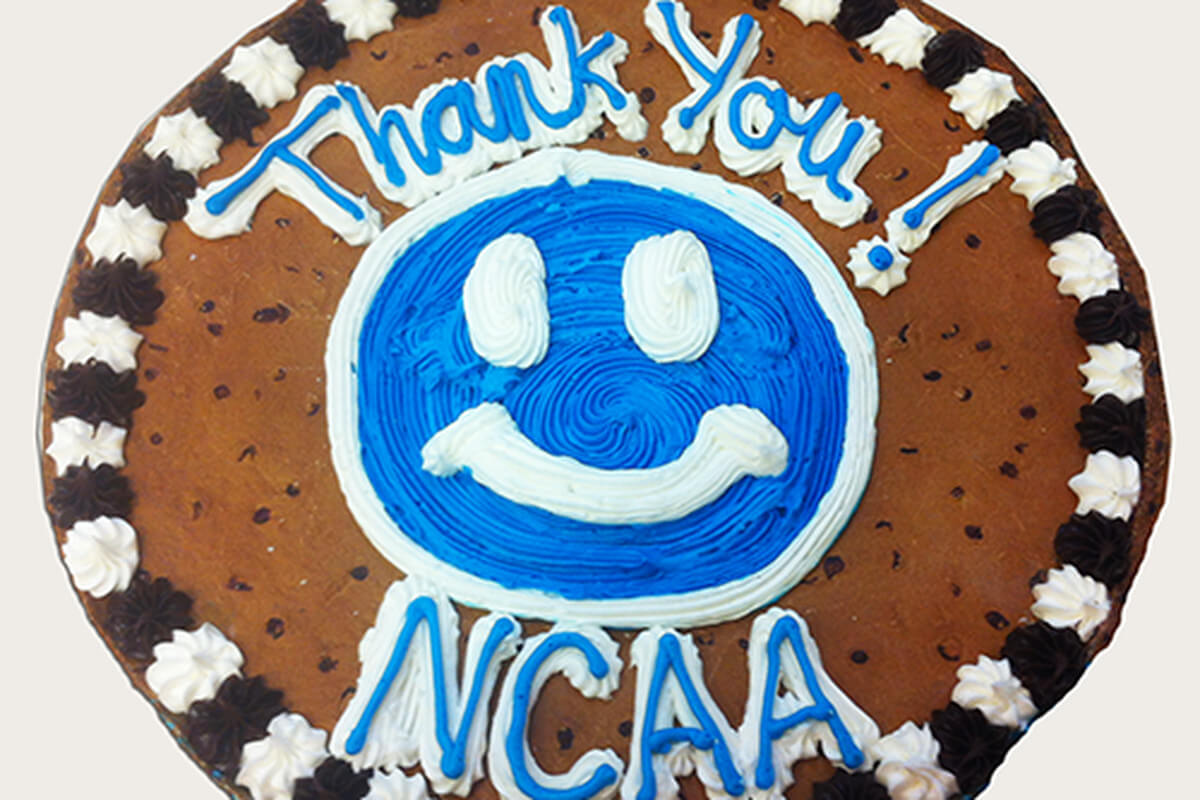 What’s MGHappening in Social Media?
In the Social Media world, things can change in an instant. The last two years alone have forced industry giants to make...
|
Social Media